To celebrate the end of 2020, the gallery shows three works of art with a mysterious iconography which alludes to the incomprehensible nature of the present and the poor decipherability of the future. The first is Labyrinth. Pilgrims Road, which gives the exhibition its title. It is a wooden bas-relief made in 1978 by Joe Tilson (1928) for the Alchera series. The second is After the flood, a large oil on canvas made in 1980 by Mario Fallani (1934-2014). The third is a hitherto unknown painting from the end of the 16th century, attributable to Jacopo da Empoli. It depicts the infant Christ asleep on the cross next to Mary and an angel who invites silence. Alongside these works, the exhibition includes furniture from the early 1970s designed by the architect Bruno Sacchi (1931-2011), lounge chairs by Afra and Tobia Scarpa and some objects by Ettore Sottsass, among which the Cometa floor lamp for Poltronova and the complete series of ceramics for Tendentse. 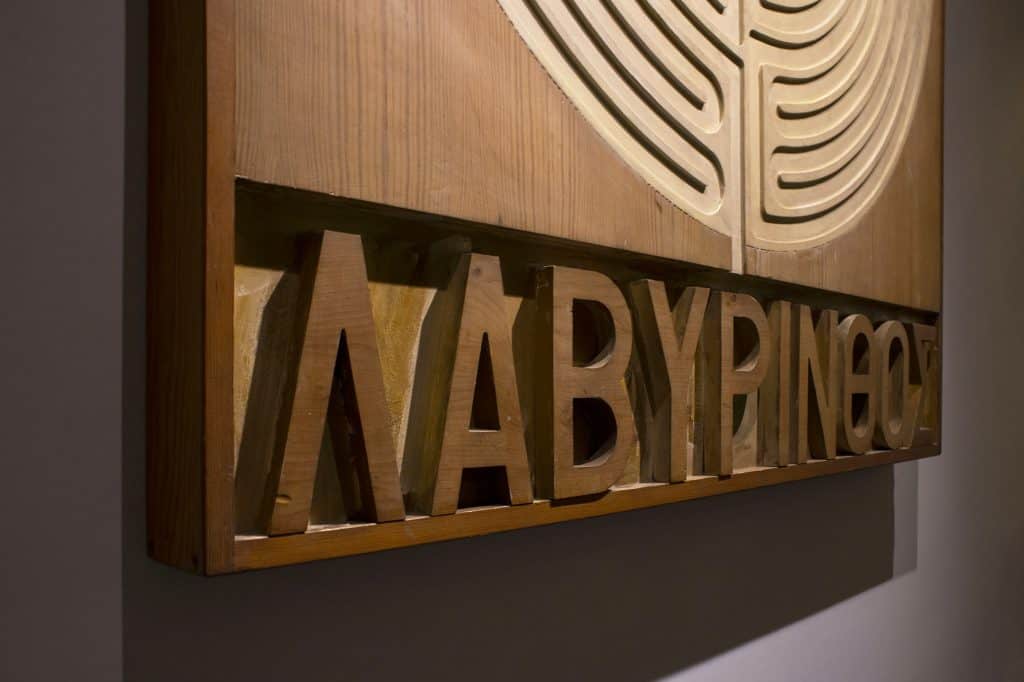 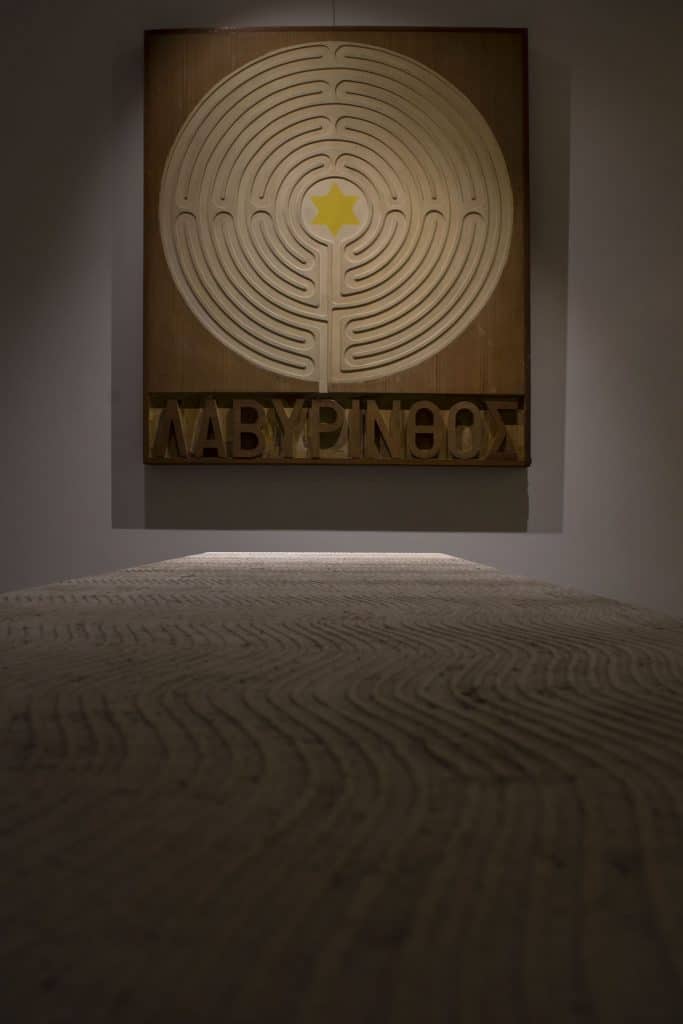 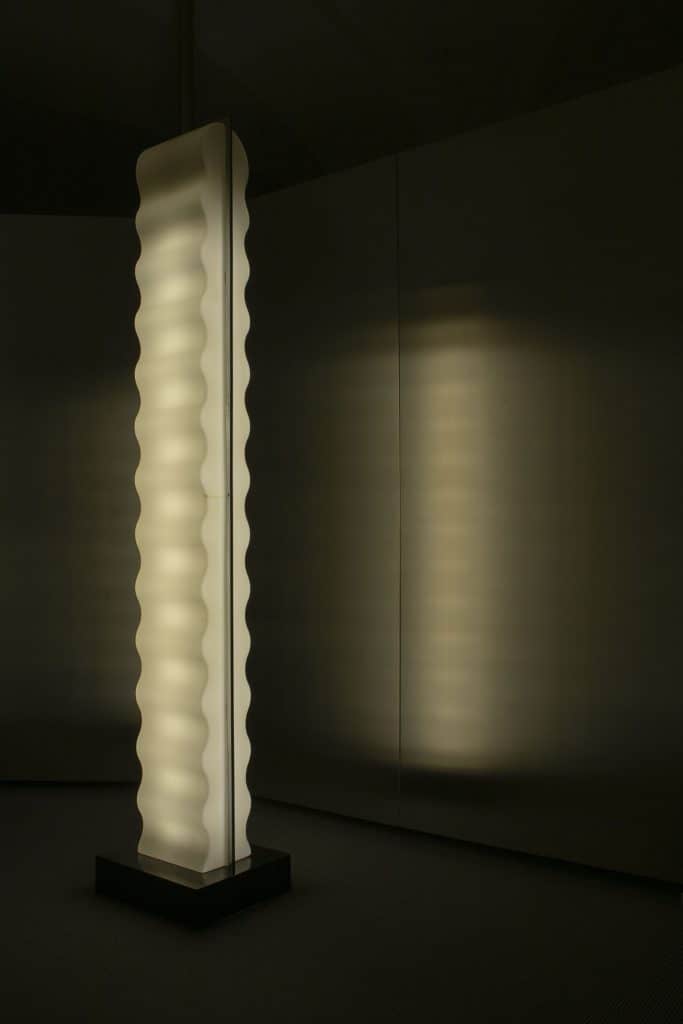 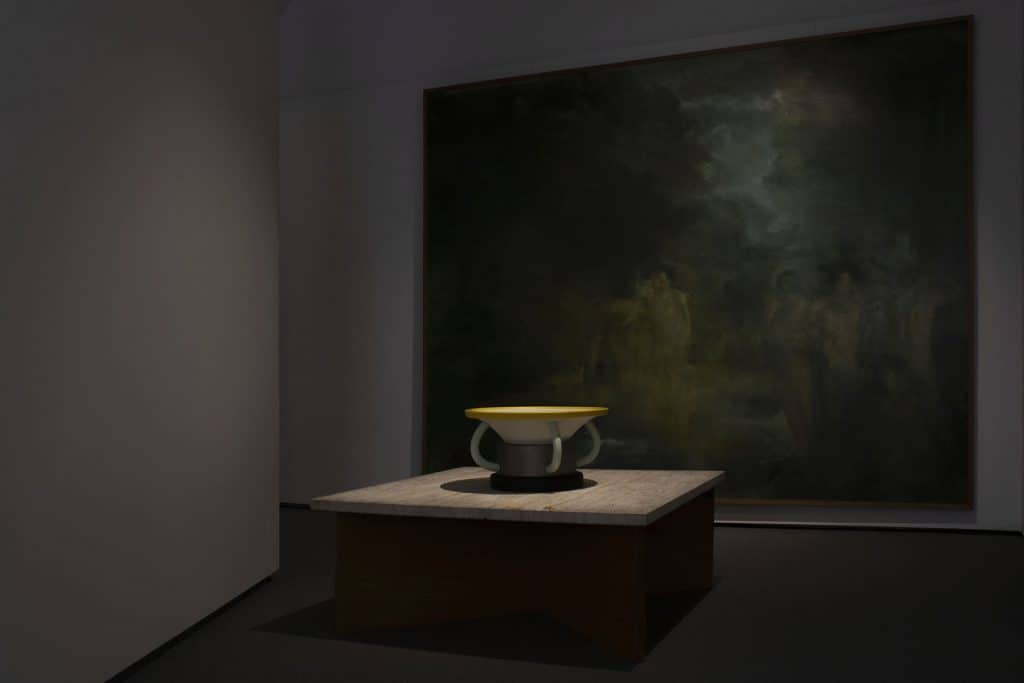 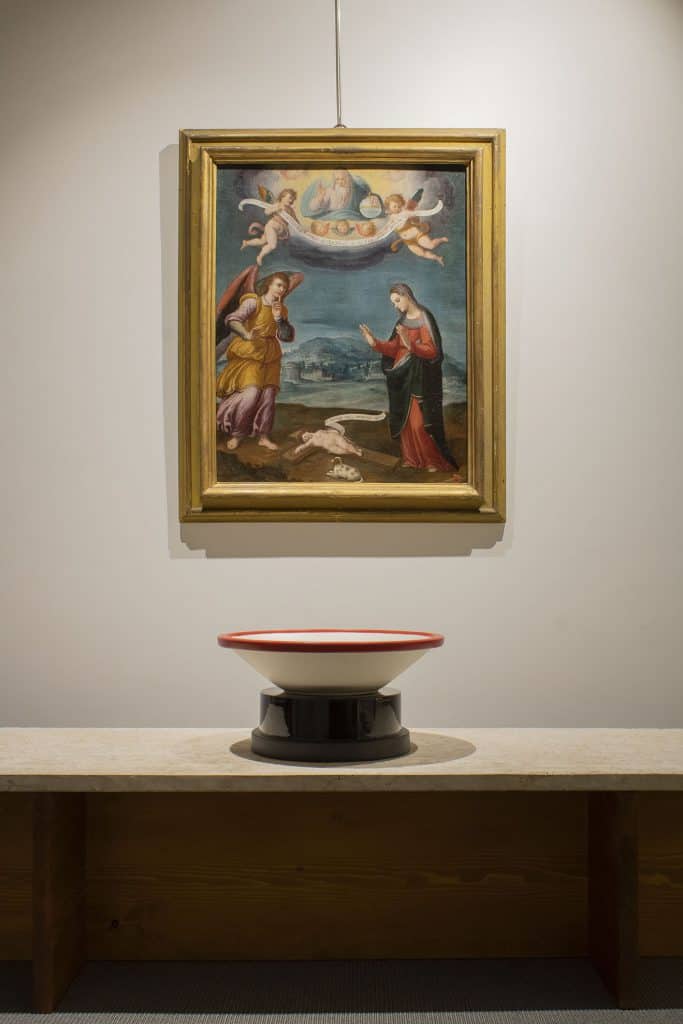