After 52 years abscence, Unisex returns to light. It was May 1970, when Design Centre Poltronova presented at Eurodomus 3 in Milan the Mobili Grigi series, designed by Ettore Sottsass Jr. between 1968 and 1969. Today a lot is known about these works, but some of them have so far been impossible to trace. They remained invisible. Unisex has never reappeared, not even in photography after Alberto Fioravanti’s 1970 shooting. In its first gray version, Unisex reappears now, after more than half a century, directly from Eurodomus, and it is still the luminous temple, both sacred and sacrilegious, which watches over our uninhabitable spaces without allowing any possible material interaction with them. Original and well preserved in all its parts, Unisex is today observable both in its aesthetic and analytical characteristics: smooth, sinuous and shiny on the fiberglass and plastic front illuminated by the two orange neon lights; hard and brutal on the back made of assembled woods and crossed by tangles of electric cables and transformers. Together with Unisex, the gallery exhibits other works created by Ettore Sottsass for Poltronova in the same years. Among these, the Cometa lamp, some ceramics from the Yantra series and, back in time, the Loto table, the Califfo sofa, the Dado stools and much more from the gallery’s permanent collection. 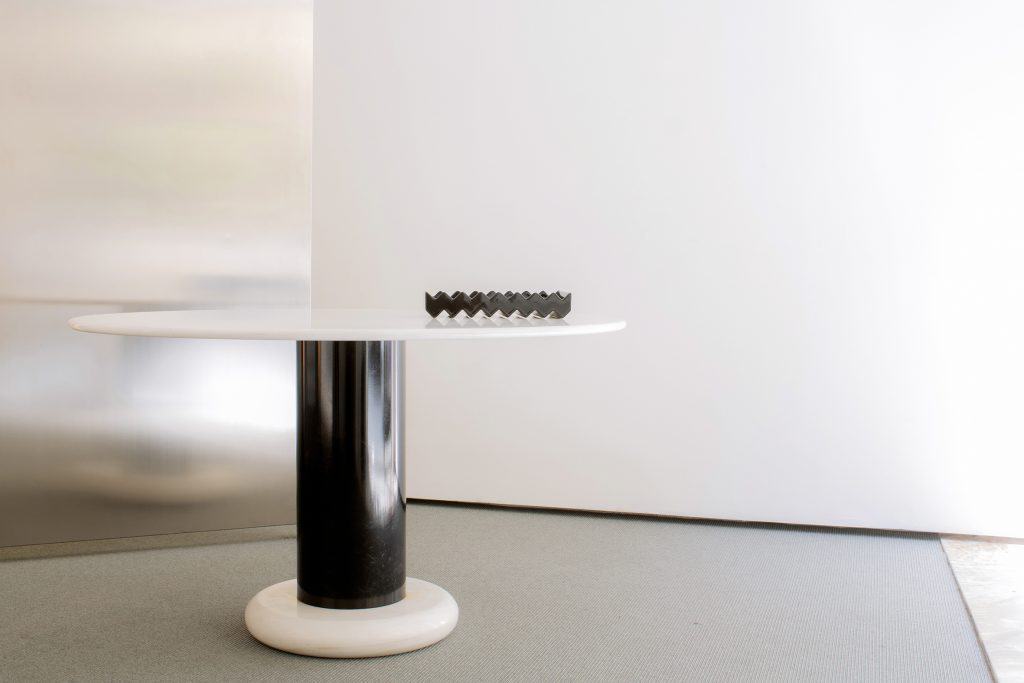 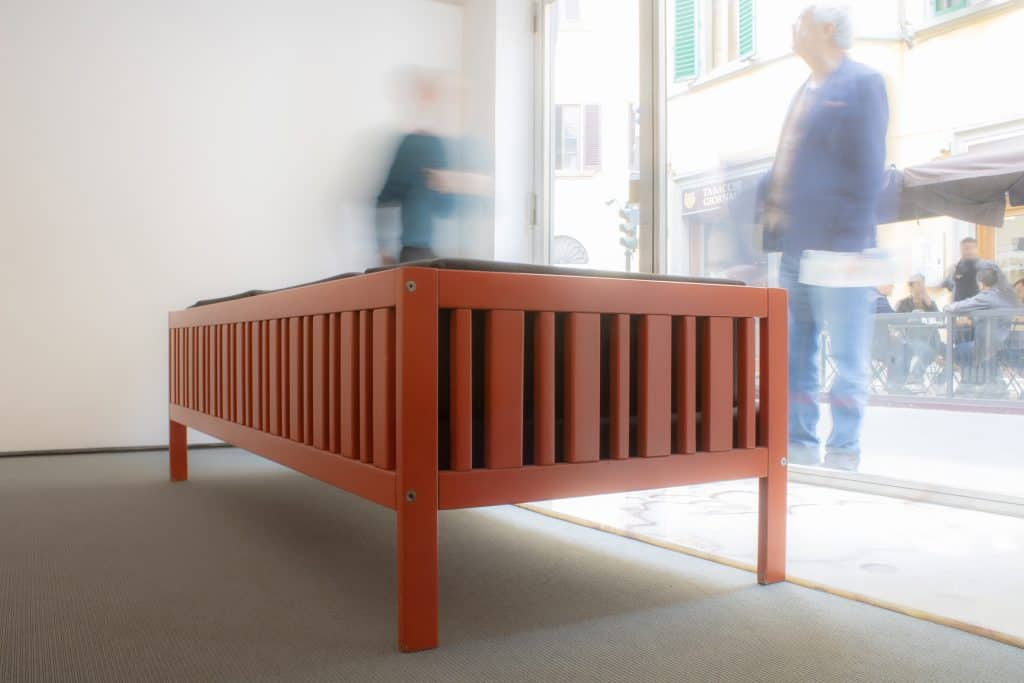